“We are committed to a diverse, welcoming, and inclusive environment. We welcome students, postdoctoral research associates, visiting scholars, and others regardless of age, appearance, disability status, gender, gender identity, geographic background, marital/partnered status, political affiliation, race, religion, sexual orientation, and all other characteristics that make each of us unique.” 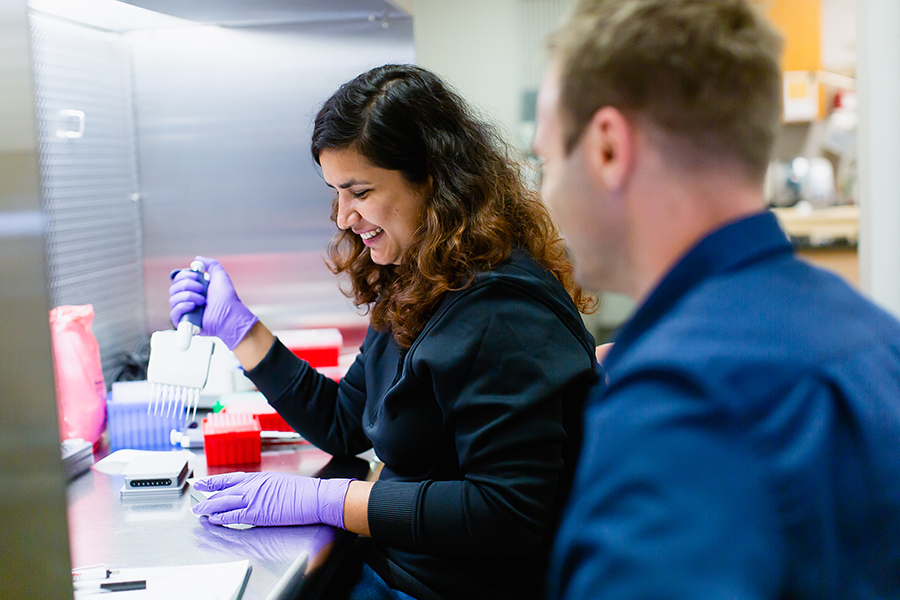 We are honored to host the many wonderful students that dedicate their area of study in our department. All of them are up to some truly incredible things. We interviewed Shiwani Sapkota to share her story:

Shiwani Sapkota is from Nepal (Hometown: Chitwan) which lies between India and China. You may know it as the home for Mount Everest or “Sagarmatha”, it’s Nepalese name. Additionally, Nepal is also known as the birthplace of Buddha, though some claim that is not true.

When asked to describe herself, Shiwani simply responded “kind of an introvert”. While she may appear as a bit shy at times, she is known to be quite energetic around her close friends, a sentiment I think we can all relate with. In her spare time, she thoroughly enjoys traveling and has been fortunate enough to travel all throughout Nepal and has even visited Nepal’s neighbor, India, four different times. To give context, that’s at least a four-hour flight!

Shiwani received her Bachelor of Science degree in Agriculture back in Nepal at the Agriculture and Forestry University (AFU) in Rampur, Chitwan. During that time, she had completed a 6 months internship program in the Himalayan region of Nepal. In addition to this, she had the pleasure of doing some lab work in Hawaii, working on the Solanum tuberosum (potato) seed certification project, and also rearing and managing Oryctes rhinoceros (coconut rhinoceros beetle).

When she first came to the U.S., she had arrived in Washington D.C. To her surprise, she found that most of her neighbors did not talk to each other, unlike her home where everyone knows everyone. Another cultural shock Shiwani experienced was based on the transportation system here. Needless to say, fast-moving vehicles were not a common sight back in Nepal.

Nevertheless, Shiwani has adjusted very well here and is currently tackling her Master’s in Bioinformatics under the tutelage of Dr. Marcin Nowicki. She is studying the genetic diversity and analysis of Pyrus calleryana (callery pear). With her work, she has overseen +1200 samples which primarily come from the South Eastern U.S. She’s asking the questions: “How genetically diverse is this invasive species?” and “What is the best management strategy for it?” As she’s been studiously researching, she’s noted that it has been very surprising to see the large number of collaborators that have been willing to help with her project and learn more about this invasive species. Callery pear is known as an emerging invasive species, so many scientists are interested in better understanding it to hopefully control its spread.

Shiwani wanted to give some words of encouragement for new students before concluding our interview:
“Success always comes to those who work really hard. Thinking about the GRE may seem overwhelming but once you try and give your best, there’s nothing impossible. Give it your best!”