This week, the Diversity and Inclusion committee is introducing two more scientists that have contributed to American culture, specifically technology. We are highlighting Frederick M. Jones and Dr. Gladys West for their impact on technology both domestic and global. Jones’s innovations revolutionized the refrigeration industry and Dr. West’s research was vital to modern technology, from GPS in phones to precision farming. Please enjoy reading on the life, legacy, and impact of these two scientists below: 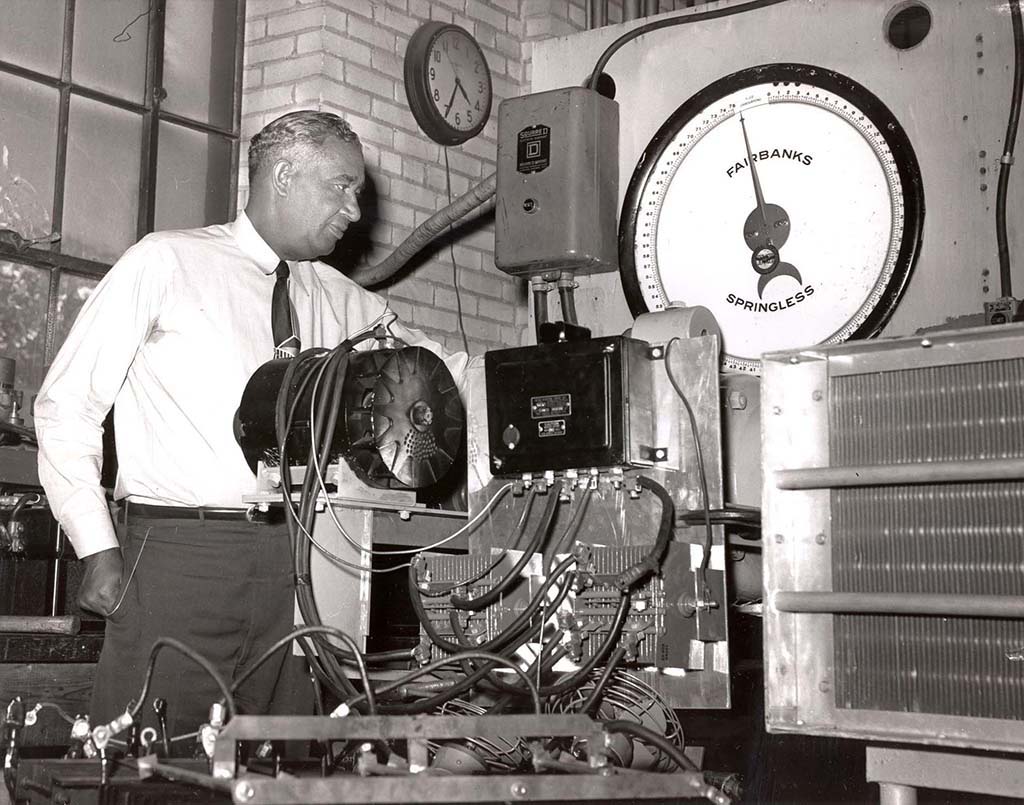 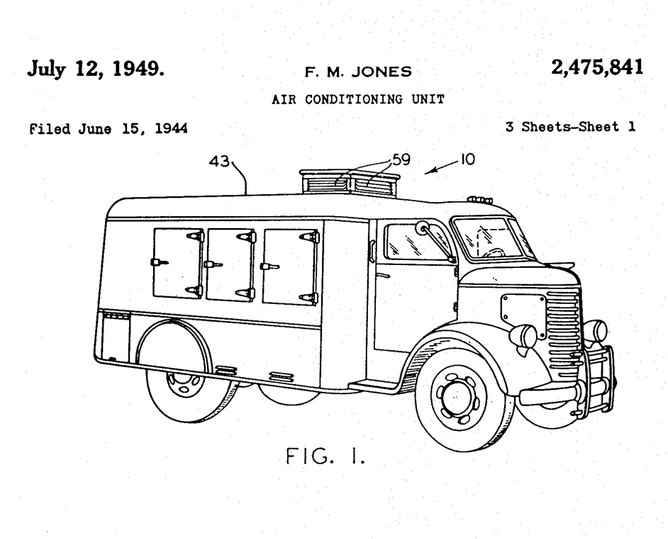 Frederick McKinley Jones was born on May 17, 1893 in Cincinnati, Ohio. When he was nine years old, his mother died, and he was forced to drop out of school. Following these tragic events, a priest in Covington, Kentucky, raised him until he was sixteen. During his childhood, Jones took up an interest in cars and mechanics which helped him land a job as a mechanic’s helper at the R.C. Crothers Garage in Cincinnati, OH. Jones spent most of his time observing the mechanics as they worked on cars and feeding his insatiable appetite for learning through reading which developed his base of knowledge about automobiles and their inner workings. He was promoted to shop foreman in just three years.

When he was nineteen, he was drafted to serve the U.S. Army in World War I as an electrician. During his service, he rewired his camp for electricity, telephone, and telegraph service. By 1919, Jones had been discharged by the army and moved to Hallock, Minnesota where he began to study electronics, eventually building a transmitter for a local radio station. To make extra money, Jones often aided local doctors by chauffeuring them around for house calls during the winter season even going so far as to attach skis to the undercarriage of an old airplane body and an airplane propeller to a motor to whisk doctors around town at high speeds in his new “snow machine”, pictured below. 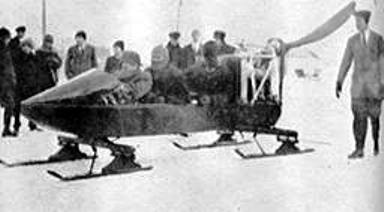 In 1927, Joseph Numero, the head of Ultraphone Sound Systems, hired Jones as an electrical engineer. Over time, Numero and Jones started a company called the U.S. Thermo Control Company, with Jones as vice president. Jones was given the task of developing a device that would allow large trucks to transport perishable products without spoiling. This led to the birth of his automatic refrigeration system in 1938, dubbed the Thermo King. Jones also modified the original design so it could be outfitted for trains, boats, and ships. The Thermo King transformed the shipping and grocery businesses by allowing grocery store chains to import and export products that previously could only have been shipped as canned goods. As a result, the frozen food industry was born and for the first-time consumers could enjoy fresh foods from around the globe.

During World War II, Jones created an air-conditioning unit for military field hospitals and a refrigerator for military field kitchens to address the need for a storing unit for blood serum used in transfusions and medicines. Jones’ modification of his Thermo King undoubtedly saved many lives and forms of his device are still in use today.

In 1944, Jones was the first African American to be elected to the American Society of Refrigeration Engineers. In the 1950s, he served as a consultant to the U.S. Department of Defense and the U.S. Bureau of Standards. When he died on February 21, 1961, Jones had more than sixty patents. In honor of his extraordinary achievements as an inventor, he was posthumously awarded the National Medal of Technology, he was the first Black inventor to ever receive such an honor.

More information about Frederick McKinley Jones can be found here: 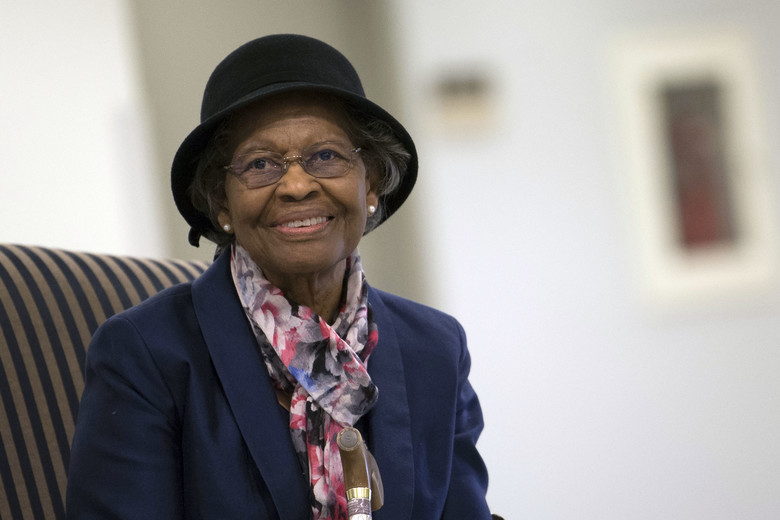 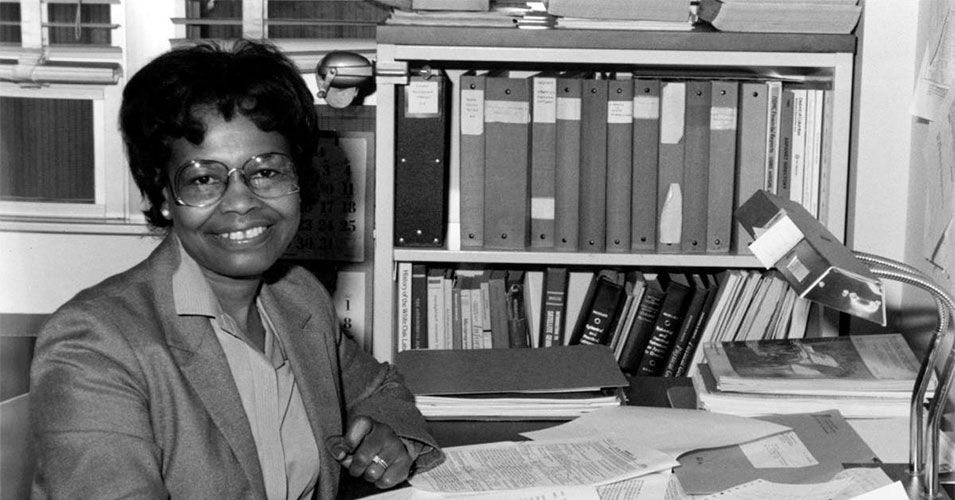 Dr. Gladys West was born on October 27, 1930 in Sutherland, Virginia. Her family operated a small farm growing corn, cotton, and tobacco which West also farmed to help her family. In school, West’s educators encouraged her interests in mathematics and with steadfast dedication to her studies, she earned valedictorian of her high school class. This paved the way for her a full scholarship to Virginia State College, now known as Virginia State University. West graduated in 1952 with her BS and applied for numerous government jobs; however, in a field dominated by white men in a segregated state, this proved to be difficult. In the meantime, West began teaching mathematics while simultaneously pursuing her graduate degree.

By 1955, she received her M.S. in mathematics from her alma mater and continued to apply to government jobs before landing her first official position with the U.S. Naval Weapons Laboratory in Dahlgren, Virginia in 1956. As the second Black woman and fourth Black employee, West was breaking ground in her field and the impact of her work cannot be overstated. On base, West met her soon to be husband Ira V. West, who was also a mathematician. The two wed by 1957 and raised three children together while continuing their work at the base, social life, and involvement in their local Baptist church.

West trained in computer programming and began her first major work with the Naval Ordinance Research Calculator (NORC). In 1962, she was a part of the team who programmed NORC for Project 29V, which established the motion of the planet Pluto relative to Neptune through 5 billion arithmetic calculations and 100 hours of computer calculation. In 1964, the Navy recognized Project 29V with a merit award. After that, West focused on calculations for satellite orbits. By 1978, West was project manager for SEASAT, the first earth-orbiting satellite designed for remote sensing of the Earth’s oceans that was able to measure ocean depths. This project led to the GEOSAT satellite, which used SEASAT along with other data to create highly accurate computer simulations of the earth’s surface. West’s work made the accuracy of today’s GPS possible and the innovations from GPS in phones to precision farming possible.

West continued her education while working at Dahlgren, earning a second MS in public administration in 1973 from the University of Oklahoma followed by her PhD in public administration through the Virginia Polytechnic Institute. On February 26, 2018, the Virginia Senate passed a joint resolution formally commending “Gladys West for her trailblazing career in mathematics and vital contributions to modern technology.” On December 6, 2018, the Air Force inducted West into the Space and Missiles Pioneers Hall of Fame. West continues to speak to elementary students about the importance of studying science, technology, engineering, and mathematics.

More information about Dr. Gladys West can be found here: