This Was Not in the Job Description: Three Decades of Bouncing Around the Tropics Chasing Mosquitoes 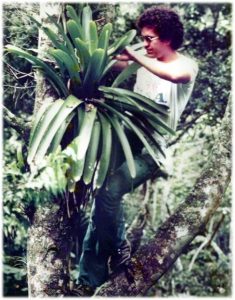 EPP has invited Manuel Lluberas, a public health entomologist, to speak about his extensive experience in the control of insects of public health and veterinary importance obtained during the past three decades on September 16th at 1:00 PM EDT. He served twelve years as medical entomologist and medical intelligence officer for the US Navy attached to the US Marines and have been Executive Director for Public Health for H. D. Hudson Manufacturing Company over twenty-six (26) years.

Manuel has provided technical assistance on the design, implementation, evaluation, and technical capacity building on integrated vector management to private and public entities and UN agencies in sixty-three (63) countries in three (3) continents. Some of his most significant accomplishments include designing the indoor residual spraying (IRS) campaign against malaria vectors of the US President’s Malaria Initiative for Sub Saharan Africa (PMI); helping the University of South Florida and The Bill & Melinda Gates Foundation develop the habitat signatures for mosquito vectors in Cambodia using spectral signatures from sub-meter pixel data obtained from 5 satellites; and conducting Entomological Monitoring and Vector Control Capacity Evaluations against Aedes aegypti (vector of Dengue, Zika and Chikungunya) for portions of Central America under projects with USAID. Significant projects include developing and implementing the mosquito population suppression strategies in Banda Aceh and Western Sumatra, Indonesia after the Tsunami of 2005; helping Haiti’s Ministry of Health and Population develop mosquito control protocols in the aftermath of the earthquake of 2010; and assisting the Pan Africa Tsetse fly and Trypanosomiasis Eradication Campaign reduce sleeping sickness in parts of West Africa. 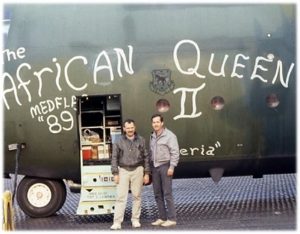 Manuel has been a member of the Vector Control Working Group of WHO’s Roll Back Malaria Campaign since its inception, published over thirty technical articles on vector management, wrote a column on Malaria World for two years, contributed to the publication of WHO’s Global Plan for Insecticide Resistance Management in Malaria Vectors, and drafted the first drafts of WHO’s Operational Manual for Indoor Residual Spraying. He has presented numerous keynote addresses and lectures on integrated vector management in Spanish and English in several international congresses and meetings and provides simultaneous translation from Spanish to English for the Latin America Symposia for the American Mosquito Control Association.

Manuel was twice selected as finalist for the Rear Admiral Charles S. Stevenson Award for excellence in Preventive Medicine, the top award in US Navy Medicine and was awarded the Meritorious Service Medal from the American Mosquito Control Association. He holds an FAA certification as a Remote Pilot of a small, Unmanned Aerial System (sUAS or drone) and a 25-Ton Master Captain Certificate with sailing endorsement from the US Coast Guard.

The zoom link to this event is here.

Sarah Boggess Honored with 2022 Commission for Disability Advocate Award
May 25, 2022